We all love a good barn find right? The concept of digging through some forgotten shed or lockup and finding an untouched automotive gem certainly has appeal. Well, imagine what went through the mind of the Holden fan who found this one-of-one 1979 Holden Commodore VH SL/E Prototype under a sheet in Victoria. Now this Aussie time capsule has been sold through Lloyds Auctions fetching a whopping $115,833 NZ.

The Commodore VH SL/E Prototype was one of three prototypes built by Holden as test beds for the VH Series Commodore produced from 1981 to 1984. What makes it even more special is this car is the only one which still survives as Holden had the other two destroyed. It is reportedly to have never been driven, showing only two kilometres on the clock.

The reason for the latter is Holden presented this car to a local training provider for automotive studies and research. After the closure of this facility, one of the tutors managed to save the car from being destroyed by hiding it. It would remain hidden for 43 years.

Despite spending decades being stationary, the VH SL/E looks like it just left Holden’s development factory. Everything from the seventies brown colour scheme and brown suede seats looks like new. Apart from a few blemishes here in there, its pretty much intact and original.

The addition of pieces of modelling clay in the boot also provide a small memento for the new owner. As this Commodore is a development prototype, the body was sculptured by hand using clay.  Underneath sits the chassis and running gear from the earlier Commodore VB.

It is unknown whether the new owner will be driving this Aussie unicorn. However, you can bet plenty of Holden fans will be eager to check this one out. 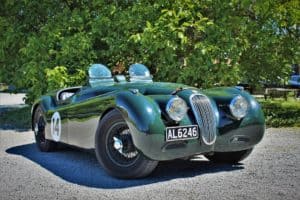 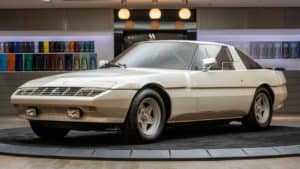 By Ben Selby The summer months are quickly coming to an end. However, there is still plenty of time to…