Its 1966. Enzo Ferrari is not happy. For the last six years, his scarlet racing cars have utterly dominated events in the World Sports Car championship. That was until the combination of the Ford Motor Company and Carroll Shelby perfected the formula for the now legendary GT40 MKII. Ford’s Ken Miles won the 1966 24 Hours of Daytona and the 12 Hours of Sebring, while Bruce McLaren and Chris Amon led Ford’s controversial 1-2-3 photo finish at Le Mans the same year.

Now, Il Commendatore was upset about Daytona and Sebring, but when his prancing horses failed to retain a win at Le Mans, he was positively livid. Enzo saw Le Mans as his turf and before the end of 1966, he and his team of engineers and designers, were plotting revenge.

The first step was to drastically improve their leading sports prototypes. The 330 P3 which ran at Le Mans in 1966 was better than the Ford in the corners, but the GT40s had the upper hand when it came to top speed. Mauro Forghieri was the head of Ferrari’s technical department during that time. The Old Man gave him free reign on the racing department and its budget to improve the P3 to give Henry Ford a bloody nose the next year.

The result was the creation of three new variants of the 330 P prototype. These were the 330 P3/4, the 330 P4 Coupe and Spyder and the 412P. The latter could be used by privateer teams like Luigi Chinetti’s North American Racing Team or NART, and Scuderia Fillipinetti. Improvements came with a stronger and more powerful 4.0L V12 which produced 450hp, wider wheels and tyres and revised aerodynamic aids.

Ferrari also secured the services of a whole host of talented drivers. These included Pedro Rodriguez, Michael Parkes, Ludovico Scarfiotti and long-time Ferrari racer Lorenzo Bandini. Ferrari’s final driver was a small act of revenge in itself. Chris Amon’s skill at the wheel of a GT40 in 1966 had not gone unnoticed by Enzo. So the Old Man made the young Kiwi an offer he couldn’t refuse. Torn between his loyalty to Bruce McLaren’s Racing team and his boyhood dreams, Chris chose Maranello.

Pre-season testing for 1967 began as soon as the 1966 season had ended. Ford had high hopes, but while developing the GT40 MKIII, began to experience issues like cracking wheels and snap oversteer. The MKIII wasn’t turning out as well as first hoped and the blue oval were unable to finish development before the season began. By contrast, Ferrari were in a much stronger position, even managing to test their cars at the Daytona Speedway, breaking the track record held by Ford the previous year. A showdown was set for the 24 Hours of Daytona in early February, 1967.

Ford knew Ferrari was out for blood, so as a precaution chose to enter as many cars as they could in an effort to maximize their chances of an overall win. Six GT40 MKIIs were entered along with Mustangs and Cobras in the lower classes. Ferrari naturally turned up with their new 330 P prototypes. Chris Amon and Lorenzo Bandini would share a 330 P4 while Scarfiotti and Parkes would share the P4 Spyder. The NART 412P would be driven by Rodriguez and Jean Guichet. Other cars on the grid included Jim Hall’s Chapparal 2F driven by Mike Spence and former Ferrari F1 World Champion Phil Hill.

After a rolling start on the banked Daytona oval, the green flag dropped. Despite Dan Gurney sitting on pole position in his GT40 MKII, Hill in the big-winged Chapparal took an early lead. Instead of going flat tack, Ferrari chose to bide their time. As the race progressed, Ford and Chapparal fought each other until Phil Hill spun out on the 88th lap and had to pit. This allowed the Ferraris to move up as many of the GT40s started to have problems. The P4 of Parkes and Scarfiotti took the lead with Amon and Bandini close behind.

As the sun set in Florida, Ford and America’s hopes began to fade with the sunlight. By 10pm, Chapparal was out of the race and the GT40s were constantly pitting due to engine and gearbox problems. As the night wore on, Ferrari began to fill the top five places.

By the morning, Ferrari looked unassailable. The Amon/Bandini P4 led with Scarfiotti and Parkes 17kms behind in second. The NART 412P with Rodriguez and Guichet ran third. All three cars were ordered to slow down. This was to ensure they didn’t go racing each other and potentially not finish at all. Ford’s last hopes went when the Dan Gurney’s GT40 retired on Lap 464 with a broken transmission.

As the race drew to a close, Ferrari saw an oppourtunity to rub salt in Ford’s wounds. Just like Henry Ford had orchestrated at Le Mans in 1966, the Ferraris bunched up. After enjoying the last few laps, they crossed the line together, with Amon and Bandini in first place. The cameras were there and ready to record history. Ferrari had won the 1967 24 Hours of Daytona. Enzo had his revenge.

Despite crossing the line together, the Amon/Bandini P4 had finished three laps ahead of Scarfiotti and Parkes. So, unlike Ford the previous year at Le Mans, there would be no debate as to who the true winners were.

The 1967 season continued. Despite Ford repeating their Le Mans success, the World Sports Car Championship went to Ferrari. This was down to a victory at Monza and strong finishes at Le Mans and Brands Hatch. Sadly, Lorenzo Bandini never saw this success. He was tragically killed when he crashed his Ferrari 312 F1 car at the 1967 Monaco Grand Prix. His death saw Chris Amon promoted to Ferrari Number One driver where he would remain for three years.

By 1968, a new era of Sport Car racing was dawning. Porsche was quickly becoming the team to beat and Ford under John Wyer’s privateer team, won Le Mans in 1968 and 1969. Ferrari would taste repeated success again in the early seventies with their F1 derived 312PB sports cars.

The Daytona victory lived on in Ferrari’s road car range. When the 365 GTB/4 was launched in 1968, the motoring press dubbed it the Daytona. Today, a genuine Ferrari 330 P4 or 412P is worth between $35 to $40 Million US. Recently Ferrari themselves have also paid tribute to this win, with the release of the limited edition Daytona SP3 hypercar. 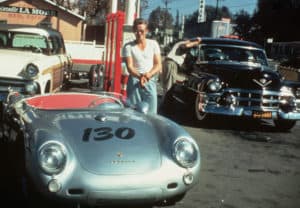 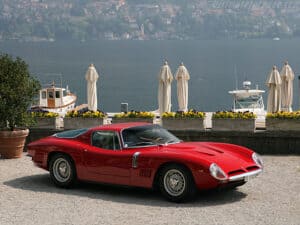 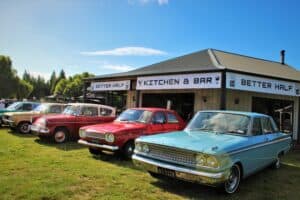 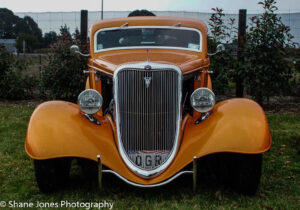 We held another fabulous Open Day in June, this time, for the Ford lovers, owners, drivers and dreamers! We saw…