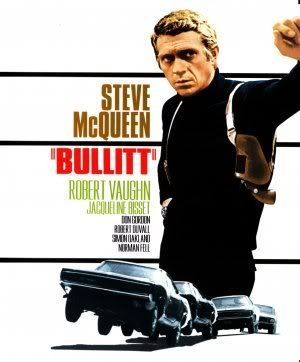 It’s pretty rare these days to come across someone professing to be a petrol head, who hasn’t seen Bullitt. If you know cars, you know this film. If you know Steve McQueen, you also know this film, fact. For those who don’t, let me put some gravy on the meat.

King of Cool, Steve McQueen was at the height of his powers when Bullitt hit the big screen in 1968. McQueen played Detective Lieutenant Frank Bullitt, a no-nonsense cop given the task or protecting a mob informant from the local baddies.

Directed by Peter Yates and co-starring cinema icons like Robert Vaughn (The Man from UNCLE), Robert Duvall (The Godfather, Apocalypse Now), and Jacqueline Bisset (Murder on the Orient Express), Bullitt has gone down in history as not only one of the grittiest cop movies ever put to screen, but features probably cinemas greatest and most realistic car chase.

After gathering information from a friend in downtown San Francisco, Bullitt hitches a ride with Robert Duvall’s character to a carpark where he left his car. The car in question was a slightly battered 1968 Ford Mustang GT 390 Fastback. The Mustang was already a living legend at the time and both McQueen and Yates felt a big block Mustang would be ideally suited to a steely and worn out police detective. This bottle green example with three-spoke nardi steering wheel, aftermarket alloys, a few bumps and scratches, and a hefty 6.8 litre 390 cubic-inch V8 with 325hp quickly became an icon to movie and car buffs alike.

As Bullitt gets into his Mustang, he glances up and something catches his eye, a menacing black 1968 Dodge Charger containing two mob hitmen parked on the other side of the street. Bullitt drives off with the Charger tailing him. After taking a right turn into hilly suburban San Francisco, the two hitmen in the Charger briefly loose sight of him. They continue on, only to discover Bullitt’s Mustang glaring at them in their rear-view mirror. The tables are turned as now it’s Bullitt’s turn to do the following. He tails the Charger for several miles before coming to a stop at a large intersection. The driver of the big black Dodge puts on his seatbelt and then guns it up the street with Bullitt in hot pursuit.

For the next 8 to 10 minutes or so, both Mustang and Charger tear up downtown San Francisco, flying over hills, clipping guard rails, and reaching speeds of 100mph plus for mile after mile, with their epic V8 Ford and Mopar ballad providing the perfect soundtrack.

McQueen said the whole point of Bullitt, was not to create a theatrical film, but a film about reality. This meant as far as background extras go, there weren’t any. Instead they used real people in real professions, doctors, nurses, etc. For the chase, this meant Steve McQueen and stunt driver Bill Hickman were really hurling these cars around on location at break neck speed.

On several occasions, things went wrong during the shoot. In one scene, Bill Hickman, at the wheel of the Charger, comes into shot fully sideways. He then loses the front end and accidentally slams into the camera covering the shot. Behinds the scenes footage shows the full extent of when a film camera and a 440 Magnum V8 Charger go head to head! Bullitt then overshoots the street, slams the Mustang into reverse and smokes up the rear tyres before blasting up the street with a cloud of tyre smoke billowing from under the stang’s skirt. Great stuff!

For the jump scenes, the Mustang was in constant need of suspension repair, as it just was not strong enough to last the whole shoot. The Charger however did not have that problem. For the climax of the chase, the hitmen meet their end after Bullitt rams the Charger at high speed and sends it careering off the road and crashing into a gas station.

However, this did not go according to plan off camera. Peter Yates was keen to get the final shot of the chase and was relying on the stunt driver to aim straight and hit the garage dead on, the explosions would then go off to simulate the gas tanks blowing up. As luck would have it, the stunt driver completely missed the garage! If you watch closely in the film, when the first explosion goes off, you can see in the background, the Charger screaming by, missing the building by a mile. Classic.

However, Mustang and Charger chase scene aside, Bullitt is still a great film. Plus, it still plays host to a great variety of on-screen automotive gems. Bullitt’s girlfriend (Bisset) drives him to a Hotel in San Mateo in her yellow Porsche 356A Spyder, top down and everything. Robert Duvall’s 1967 Ford Custom â€˜Sunshine Cab’ ferries Bullitt around San Francisco when he is without his Mustang. During the chase scene, it is also hard not to notice a dark green VW Beetle which keeps popping up on the same stretch of road when the Charger and Mustang go flying by.

However, these pale in comparison to a very rare piece of machinery which pops up for the briefest of moments in the opening credit scene. Watch very carefully when the bloke escaping from the local mob hoods in a carpark drives down a ramp. Parked just next to the ramp is a green 1967 Bizzarrini 5300 Strada. This ultra-rare American V8 powered Italian exotic was believed to be owned by Hollywood Stunt Driver Carey Loftin who worked behind the scenes. It’s a blink and you’ll miss it cameo so keep your eyes peeled, or your fingers hovering over the pause button!

Bullitt the film, despite being one of the most realistic takes on police work, is not everyone’s cup of tea. However, many have come to love and cherish the film, just for that masterpiece of a Hollywood car chase. Green Mustang v Black Charger, V8 soundtrack and Steve McQueen. What more could you want? 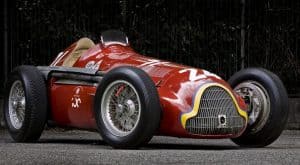 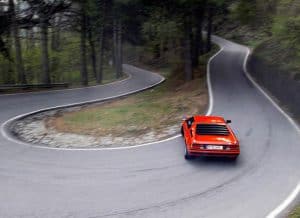 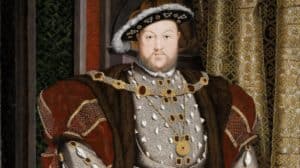 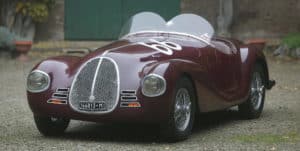