Home » News » Daihatsu Charade G10 Review: The Eco-Car That Could There is something incredibly charming about bare essentials motoring. There are plenty of brands out there who seek to create the ultimate expression of what a car can be. That said, those who give us the purest ‘essence’ of what a car can be, deserve just as much recognition. When you have all the bits you need, it not only keeps the weight down, but there is less to go wrong.

Such is the case with this Daihatsu Charade. Sure, its not as simple compared to an original Mini, Volkswagen Beetle, or Fiat 500. However, when it comes to tiny Japanese hatchbacks moving the masses with fuel economy and reliability, the Charade is a titan, just a small one.

The Daihatsu Charade was the first Daihatsu product since the Compagno of the mid-sixties to be aimed at passenger car buyers. Daihatsu’s main automotive stomping ground were commercial vehicles and trucks. However, the allure of the light-car segment became too good for the execs at Daihatsu to resist.

The Charade G10, was launched in 1977 and received critical acclaim right from the get-go. It proved a big success in its native Japan, despite stiff competition from the likes of the Toyota Starlet. Daihatsu offered a tonne of different colours and other options so one would seldom see two exactly the same. Daihatsu offered the Charade G10 as a five-door hatch and even as a three-door coupe.

Under the bonnet sits a ruthlessly simple 993cc three-cylinder engine producing, wait for it, 40kW and 75Nm of torque. Mated to either a four-speed or five-speed manual gearbox (the car you see here has the latter), zero to 100km/h is achieved in 14 seconds and the top whack is around 140km/h. Oh, and if you are interested, it will do the standing quarter mile in 19 seconds.

Of course, the Charade G10 was never about grunt, it was about reliable inexpensive motoring and saving you handsomely at the pump. Combined fuel consumption was also rated at an incredibly low 3.7L/100km. With the car weighing in at a snip under 640kg, this is hardly surprising.

The Charade would continue on throughout the eighties and nineties before breathing its last in 2000. It brought back passenger car buyers to Daihatsu Dealers, including New Zealand.

With Daihatsu being sold as part of Toyota for many years, the Charade was by far their most popular car for Kiwi buyers. Regardless of which generation, you were guaranteed a very reliable and inexpensive urban run-around, which you knew would go on forever and a day.

Today, the small car landscape of New Zealand has changed. Many of the Charades which once lined our urban jungles have disappeared, making mint examples like what you see here, very rare indeed.

What makes this particular car even more special are the circular headlights. These were eventually dropped in favour of square lights for Series 2 which came along in October 1980. So, if one were to describe the rarity of this 1980 G10 XG five-door hatch, I think a reference to a fowl’s gnasher’s would be appropriate.

What is also appropriate, and probably an understatement, would be to regard this Charade as being completely factory fresh. Without a spec of rust and retaining the original dealership stickers and labels, the G10 looks just like it left the dealer forecourt. With four owners, one of which owned it for 27 years, this Charade is a gem.

Step inside and the onslaught of beige takes over. When it comes to interior décor, the Charade mimics the exterior almost completely.

Those beige seats provide the kind of seating experience usually reserved for your aunties old couch, in other words, once has a tendency to sink in a bit. Once you are in, you can really appreciate the ruthless simplicity of your surroundings.

Heater and fan switches, fuel gauge, engine temperature gauge, speedometer, air vents, cigarette lighter, and that’s about it. Everything you need and nothing more. There are no extra flavours of preservatives here.

Closing the driver’s door, which given the windy day and the lack of weight from the door itself, was all too easy. Pull out the manual choke a tad, turn the key and that plucky three pot wakes up first pop. It was cars like the Charade which began to firmly cement the Japanese mantra for utter reliability which continues to this day.

The five-speed manual box requires a long throw to engage first. Despite a bit of play in the throttle, it isn’t long before you and the Charade are motoring harmoniously. Getting up to speed is a gradual process of course, but once there, the Charade manages to be one eager little car. Even at a 100km/h motorway cruise, it spurs you on, demanding you give it more throttle.

Of course, due to it weighing pretty much nothing, motorway cross winds and the Charade are not good friends. You end up being blown around a bit, but as long as you keep the power on, all is well.

The steering is very light and devoid of feedback, but one must remember this is no go-kart. When the one leaves State Highway One, the Charade performs well on the handling front. The ride is a relatively soft one, but the G10 is supple and lively, allowing you to bound around bends like a spring lamb on ecstasy.

This Charade G10 gives you plenty of back-to-basics fun and with that fuel gauge refusing to budge throughout my drive, you really will get that outstanding fuel economy too. Part of me would quite happily have this wee gem as daily run-around classic.

Plus, with the Japanese classic car market on the rise and everyman classics like these seemingly disappearing left right and centre, it will certainly be sometime before you see another one. 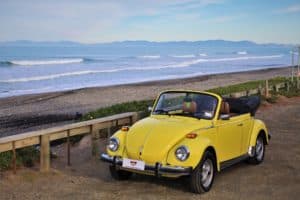 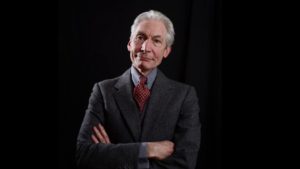