The Holden Torana is one of those cars which doesn’t need much of an introduction with the petrolhead faithful, particularly in New Zealand. For some, this Aussie icon was and is one of the greatest little muscle cars every to turn a wheel, whether cruising down Queen Street or clipping the apex at Bathurst. This example has been restored and reconditioned throughout and I was allowed to spend a few days rumbling around Christchurch in a titan of Australian motoring.

The Torana SLR 5000 was not only one of Holden’s mightiest V8 pocket rockets, but was also driven by the late great Peter Brock to his second Bathurst victory in 1975. This 1974 Canterbury owned example has Bathurst kudos of its own, for it was one of 30 to be paraded around the mountain as part of its launch in 1974.

Whereas the first hot Torana before it, the LC and LJ XU1, was a compact coupe with relatively clean lines, the LH SL/R 5000 features a square jawed, no-nonsense face with flares and big bumpers. A large rear spoiler with SL/R insignia dominates the boot lid while twin exhaust pipes poke out from underneath. The black and gold is such a seventies paint scheme, the SLR is so of that era, a pair of bell bottomed pants, sideburns and handlebar moustache wouldn’t look out of place!

Inside, the dashboard, instrument cluster and switches are all factory fresh, with the gargantuan three spoke steering wheel immediately grabbing your attention. The interior trim in this SL/R has been professionally reupholstered in leather with SL/R 5000 badges embossed in the front seats.

Under the bonnet sits Holden’s tough as nails 308ci small block V8 mated to a four speed manual box. While you could also have your Torana with a variety of inline sixes, the 5.0-litre 308 V8 – 179kW – was the only option for the SL/R 5000, hence the model designation. Sure, there are more V8s out there with more grunt, but there is something to be said about the blue-collar small block V8 like Holden’s 308. Plus, bigger engine blocks probably won’t fit!

Turn key and after while turning it over does take a little while, eventually eight lazy cylinders rumble into life. Put your foot to the floor and what happens next is an all-out assault on your senses. You hear the V8 thunder building and feel the vibrations of power and torque pinning you back in the seat. Drop it down from fourth to third and any motorway lane hogger can be dealt with.

Being a product of seventies non power assisted machinery, you work up more of a sweat working the wheel than an hour in the gym. Drum brakes all round mean you have book your stop well in advance of pressing the pedal.

Getting the hang of things however does not take long and in the bends, the SL/R is surprisingly capable. After extended and zealous use of your right foot, watching the fuel needle drop becomes a common sight. Who cares though, when you have the soundtrack of old school V8 thunder at your disposal.

The looks and reactions of passers by while at the wheel of the Torana were not exactly few and far between. Every set of lights had motorists either side of me with their eyes on stalks. “Hey nice Holden” some said, others who knew what it was would say “Is it a real one or a replica?” When I said it was the real deal, they responded with “awesome man, she’s a beauty!”

A few days helming the Torana SLR 5000 was pretty darn special. The SL/R would eventually morph into the two door Torana A9/X, giving Peter Brock another win at the Bathurst Mountain, getting him well on the way to winning his record nine Bathurst wins. The SL/R 5000 was a car which not only owned the streets but the track too. Thanks to its exclusivity, hard charging V8 and its heritage in the hands of men like Peter Brock, the SL/R 5000 is only going to go up in value. Thirty years ago, you could snap up an SL/R for a bargain, now things have changed and be prepared to fork out to a good amount dough to secure yourself a real icon. 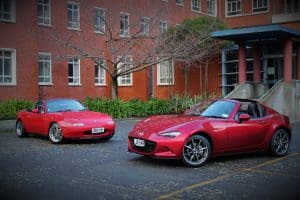 The old saying “if it isn’t broken, don’t fix it” could have been created to describe the modern Mazda MX5.… 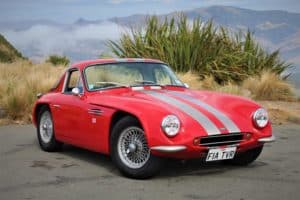 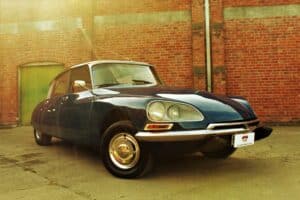 By Ben Selby When Citroen launched the fabled DS at the Paris Motor Show in 1955, the car world changed…