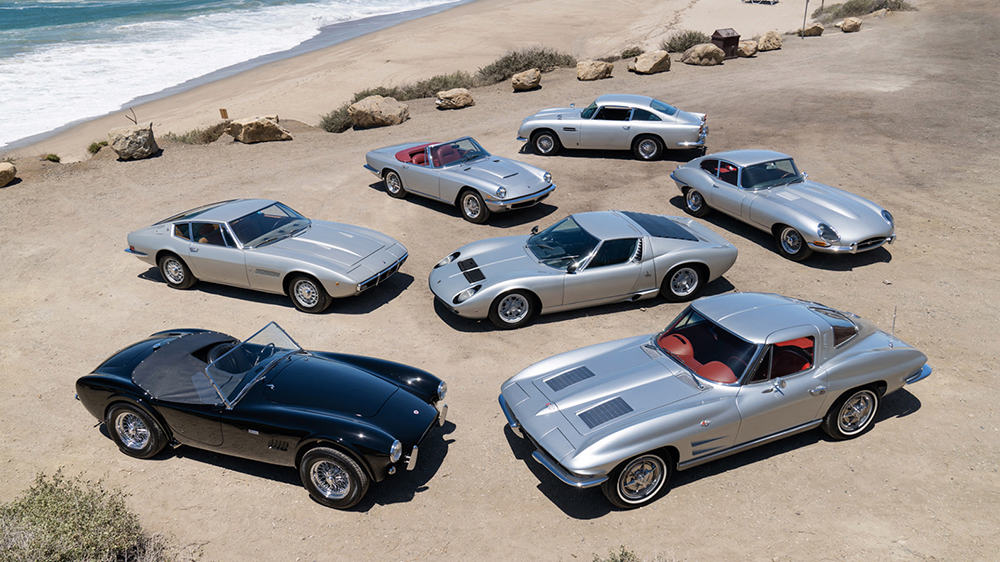 Classic Cars and Rock and Roll go hand in hand. Some of music’s biggest names are also some of the biggest petrolheads in the world. The late great Neil Peart was one of them.

As well as being regarded by many as one of the greatest drummers of all time, Peart, who passed way last year following a three-year battle with brain cancer, was also besotted with classic cars

He amassed an incredible collection of classics from the sixties and seventies. Now his collection has been auctioned as part of Gooding and Company’s sale at the recent Pebble Beach Concours D’Elegance. The total sale price equating to $5.57 million NZ.

The Rush drummer’s collection, known affectionately as the ‘Silver Surfers,” has generated great interest from many in the music and classic car scene.

This name stuck after Peart developed a habit for cruising along the Pacific Coast in his Aston Martin DB5.

“The title “Silver Surfers” for my collection of cars occurred to me while driving the DB5 up and down the Pacific Ocean. Because it felt just right to me, I guess – the idea that I was just one of the wave riders,” according to a letter from Peart to auctioneers Gooding and Company.

“I had moved from Toronto to Los Angeles in 2000, and in search of natural peace I often drove out that way and end up in the Santa Monica Mountains. Out past Malibu to Ventura County, I’d weave along barren ridges of rock and vegetation, the ocean always on one big side. Some days would be misted by the marine layer, while other days the sun blared out through a clear sky. The waves were slow and gentle, or churned out a powerful rolling rhythm.”

“It was during one of these drives when out of nowhere, it just occurred to me that the colour of the ocean had influenced the silver palate of the collection. What other colour looks as good in a blue photo? Not black, not white – silver,” said Peart.

Peart’s DB5 is just one member of this prestigious collection of Italian, British and American brands.

The other silver surfers consisted of a 1963 Chevrolet Corvette Stingray with Split Rear Window, a 1964 Jaguar E Type Coupe, a 1973 Maserati Ghibli SS Coupe, a 1965 Maserati Mistral Spyder, one of just 125 built, a Lamborghini Miura P400 S and a slab side Shelby Cobra 289ci chassis number CSX2234, the only one of the surfers not in silver.

Peart regarded the Miura as being his favourite. Chassis number 4042 managed to fetch way beyond its reserve and change hands for a hefty $1.325 million US ($1.9 million NZ).

Let’s hope these timeless classics shall be cruising down a coastal highway in their new owner’s community real soon. 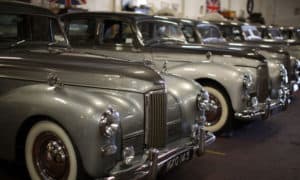 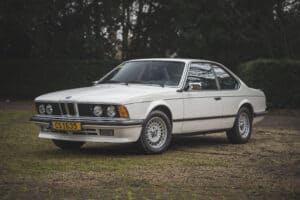 By Ben Selby The BMW 635CSI is fast becoming a very collectible German classic, but this one is infinitely more…