When a couple celebrates their engagement, they might buy each other bottles of wine, flowers, or special trinkets to celebrate the occasion. However, seldom do you see someone receiving a car as their engagement gift, unless you are Princess Diana.

That’s right, this 1981 Ford Escort Ghia Saloon was given to Diana, Princess of Wales by Prince Charles as an engagement present in May 1981, two months before they were due to marry. Well, we couldn’t see him giving away one of his Astons. Now, more than 30 years later, and being hidden away for more than 20 years, the Escort is up for auction on June 29.

According to sources, Diana used the car until August 1982. This was quite literally the honeymoon period of her marriage. The Escort was her daily driver. The Princess took it to a variety of different royal engagements and events. She even parked it up on the green to watch Charles play Polo.

The Escort sports an original 83,000 miles on the clock and is in immaculate condition inside and out. The upholstery is like new, and it even carries the original registration plate WEV297W.

Another unique feature of the car is the bonnet mounted ornament depicting a leaping Frog. This was a homage to a gift given to Diana from her sister, Lady Sarah Spencer. The Frog was to remind her of the fairytale “The Princess and the Frog” about a Princess who lives happily ever after turning a Frog into a Prince with a kiss.

The current owner is a huge fan of the late Princess but never advertised to family and friends the fact it was Diana’s actual car. Auctioneers have verified the car’s authenticity, down to the ownership history and chassis number of the 1.6 liter family car.

Diana’s Royal Escort is expected to sell for between the New Zealand equivalent of $60,000 and $80,000. That is an awful lot for a MK3 Ford Escort. Then again, not many can say their Escort was one given to one of the most famous woman of recent times by the heir to the throne as an engagement gift. 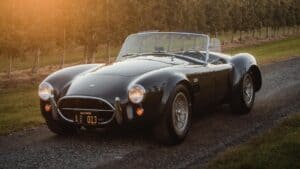 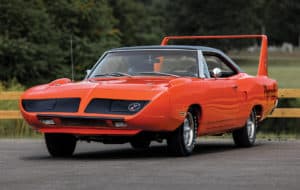 By Ben Selby Spoilers. Love them or loathe them, one cannot deny the impact they have had on car design.…