The Lincoln which gave JFK is final completed journey is one of the starring lots at Bonham’s upcoming American Presidential Experience sale.

This Ermine White 1963 Lincoln Continetal was used by President John F Kennedy and First Lady Jackie Kennedy while on their trip around Fort Worth Texas.

On loan from local car dealer Bill Golightly, it was given the codename “Limo One” by Kennedy’s bodyguards. JFK and Jackie used it to travel to a state breakfast and to deliver a speech to a rousing crowd.

The President then returned to the Lincoln and was driven back to Carswell Airforce Base and to Air Force one bound for Dallas on September 22nd. Later that day, JFK was assassinated while travelling through the streets of Dallas.

While the world mourned, the Lincoln was returned to Golightly and for the years that followed, passed through a number of owners.

Today, “Limo One” has received a new paint job and a new 430 cubic inch V8 by renowned Lincoln Restoration Specialist, Baker Restoration. However, the owner has left the interior original, just as the President at the First Lady did almost sixty years ago. 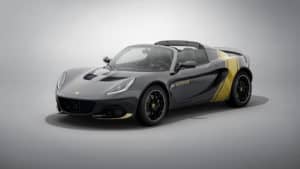