The Lamborghini Miura which made us all drool in the opening scene of “The Italian Job” is one of the most iconic cars in movie history. Now, fiifty years on from the release of the film, Lamborghini Polo Storico has certified the Miura P400, chassis #3586, as the original car used in the 1969 movie.

The orange Miura P400 with white/black leather interior has been the most pursued Miura in recent decades. Car buffs everywhere know it as the car driven by an Italian mobster played by Italian heart throb Rossano Brazzi. With shades on and a cigarette hanging from his lips, he guides the Miura around the San Bernadino Pass in Switzerland while Matt Monro’s “On Days Like These” softly plays in the background, before meeting a fiery end smashing into a bulldozer road block after leaving a tunnel.

Just a few years after the film’s release, it was found out that Paramount had not destroyed the opening scene Miura in the accident scene, but a different car which was severely damaged car in an accident prior to filming, its engine being carefully removed before being sent over the cliff by said Mafia bulldozer. The Miura we see in the opening scene was now hit property and while many may claim to have the movie car in their garage, there was no true evidence of this. The hunt was on and the hunt last five decades.

The owner of this historic model, The Kaiser Collection of Vaduz (Liechtenstein), decided to consult Lamborghini Polo Storico in an attempt to give, once and for all, a chassis number to the Miura driven by Brazzi.

The Miur was sent to Sant’Agata Bolognese, hometown to Automobili Lamborghini, to the companies Polo Storico Historic Department. Polo Storico have been keeping the heritage of Ferruccio Lamborghini alive by keep records and restoring iconic Lamborghini models, cars and tractors alike.

Polo Storico’s archives and testimonies from enthusiasts and former employees, such as Enzo Moruzzi, who delivered the car to the set and drove it in all the shots as a stunt double, meant that Lamborghini were able to determine once and for all, that Miura P400, chassis #3586, was exactly the one used to shoot “The Italian Job”.

Paramount Pictures, approached Automobili Lamborghini for a car to use for the filming. After a think, they settled on an orange Miura, which was already heavily damaged, ideal for the accident scene. At the same time, Lamborghini provided a second car of the same colour for the shoot. It was Enzo Moruzzi recalled the day he drove the car to the set.

“There was a Miura P400 almost ready on the production line, in the right colour, left-hand drive and with white leather interior. It was aesthetically identical to the damaged one and we decided to use it for the film. The only thing worrying us was the elegant white leather seats, given that car had to get back to Sant’Agata in perfect condition. So, I asked for them to be taken out, replacing them with a set of black leather seats that we used for testing. The giveaway was the headrests, which on the Miura are attached to the dividing glass between the driver compartment and the engine compartment, which couldn’t be replaced in time. In the film, you can see the original white headrests.”

At the end of filming, and once it had returned to the factory, the Miura from the film was prepared for delivery to its first owner. After nearly 50 years, and many owners, the iconic Miura P400 was bought in 2018 by the current Liechtenstein collector, Fritz Kaiser, who is also the Founder of “The Classic Car Trust” 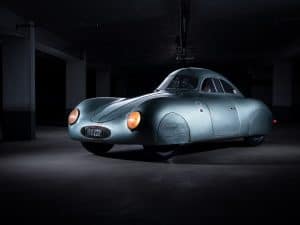